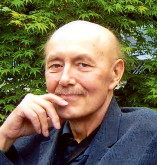 Thomas Stöwsand, the eminent booking agent and champion of jazz and Brazilian music in Europe, died on  October 5, 2006 in Schwaz, Austria, after a long struggle with cancer. He was 59.

Stöwsand was the founder and president of Saudades Tourneen, an agency representing many prominent  American and Brazilian musicians throughout Europe, Asia, and South America. Revered for his passion and  love for music and the artists who create it, he was a tireless promoter of progressive jazz and genre-  crossing music, building a supreme artist roster.

Born in 1947 in Cuxhaven, Germany, Stöwsand began his professional career as a journalist and musician. He was playing cello and bassoon in an avant-garde jazz group when he joined the up-start ECM label in 1970 and helped build it over the next decade into one of the most heralded independent record companies. At ECM, besides over-seeing distribution and sales, he championed the idea that a record company’s most effective marketing strategy could be organizing concert tours of its artists. During the 1970s, he played an instrumental role in introducing pianists Chick Corea and Keith Jarrett and guitarist Pat Metheny to European audiences.

Booking tours became his calling, at once work and hobby, and he started Saudades Tourneen in 1983 in the Tyrolean town of Schwaz. Its tiny local club, the Eremitage (Hermitage) became famous as a hub for countless musicians touring across Europe. Building upon Stöwsand’s previous success and reputation as an extremely dedicated and reliable agent, his new company expanded and in 1993 opened an office in Rio De Janeiro.

Stöwsand’s expansive personality, loyalty, and business integrity endeared him to his artists and to concert and festival promoters around the world. His keen ear for new talent and his support of debuting bandleaders and less-commercial names became trademarks of his company, which continued to promote cutting-edge artists even in times of an unfavorable business climate. His contributions to the careers of an extraordinary number of world-class musicians and to the international awareness of their work have been immeasurable.

Thomas was a man of immense energy. As well as losing a committed and meticulous professional, friends and colleagues throughout the world will miss a generous and hospitable spirit with a love of good food and wine, an infectious sense of humor and a laugh that resounded across continents. His house and office in Rotholz was like a second home to artists, producers, and the friends and family of the music he loved.

Thomas Stöwsand is survived by his wife and business partner, Anna Takats, and his sister, Wiebke Hilmes, and her family.